The passion for cycling in the construction industry

It is 7 am. It is raining outside, and it is not likely to stop soon – typical for a winter season in Wales. Even though the unpleasant weather, Antony, Director of Business Development at Cobuilder, is on his bike. Of course, he is – cycling is one of his biggest passions. He needs to keep himself active before he submerges in another busy day full of meetings with various construction stakeholders. But in the past few months, something made him change this routine. Before the pandemic, he was never a fan of virtual indoor training. However, the 2020-situation gave him a new perspective on many things.

Virtual training during lockdown – why not?

A great alternative for keen cyclists, like Antony, is an app called Zwift. This application enables users to train, interact, and compete in a virtual world. It brings its users across deserts, up rocky volcano slopes or through the streets of a futuristic version of New York City. And all this happens from the comfort of their own home. Sounds fun, right?

In the past, Antony has taken part in various cycling events including the Carten100, Velothon Wales and the Tour of Pembrokeshire. And today, wearing his virtual jersey, Antony is unstoppable. He is better prepared for future races, doing almost 500 miles in a total of 28 hours (as of yesterday, 4 January). 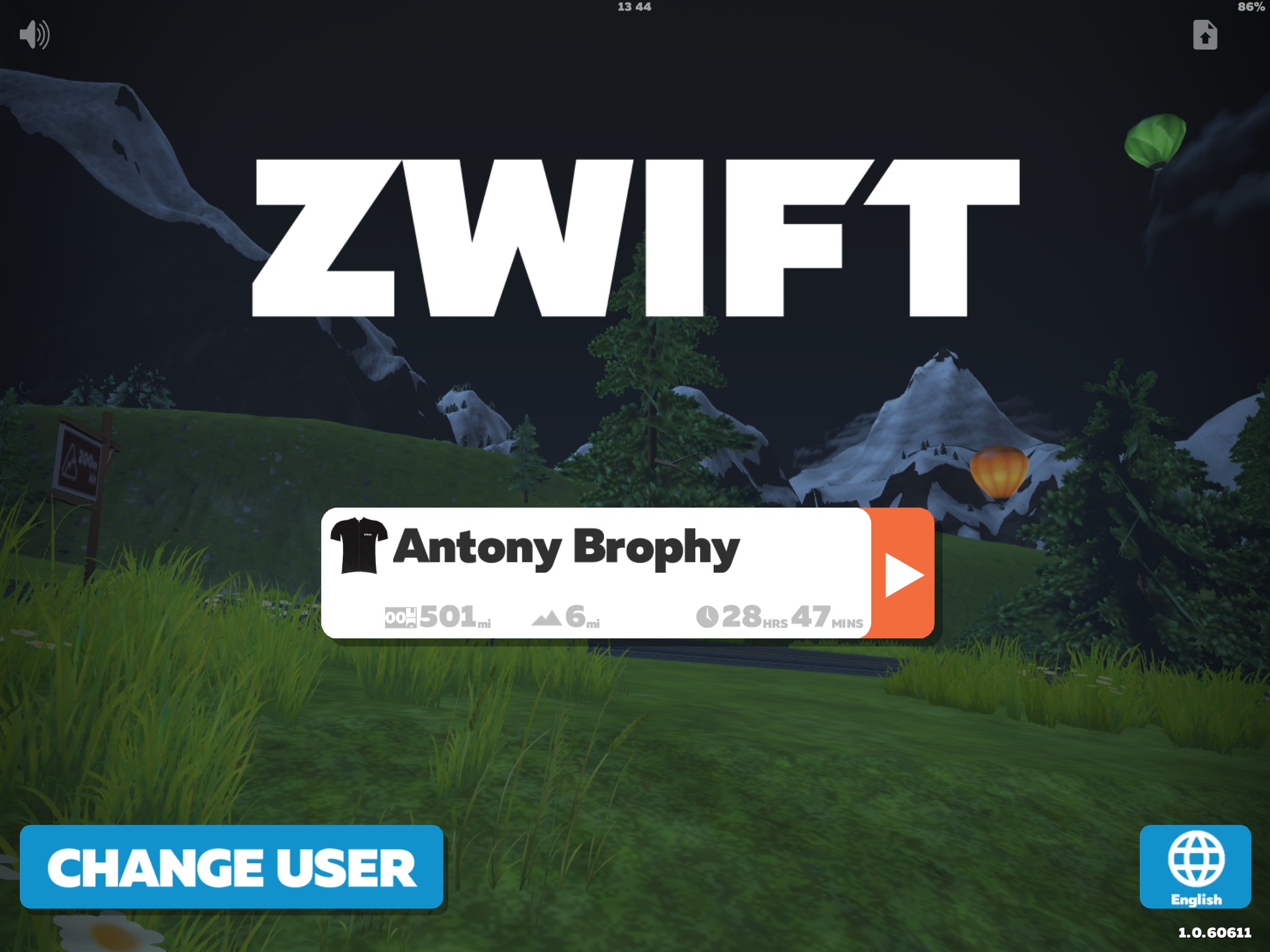 Released in 2014, today the Zwift app has more than 1.5 million registrants. The game is not just a fun diversion from training but a true fitness-building tool. The Zwift Academy program unites game designers and professional cycling coaches for a result that is as close to reality as possible.

This digital platform has not changed Antony’s passion for cycling outdoors – quite the opposite. It just turned the indoor training into a fun, social, and dynamic adventure! This is exactly what a passionate cyclist needs when he or she is working from home or has limited time. 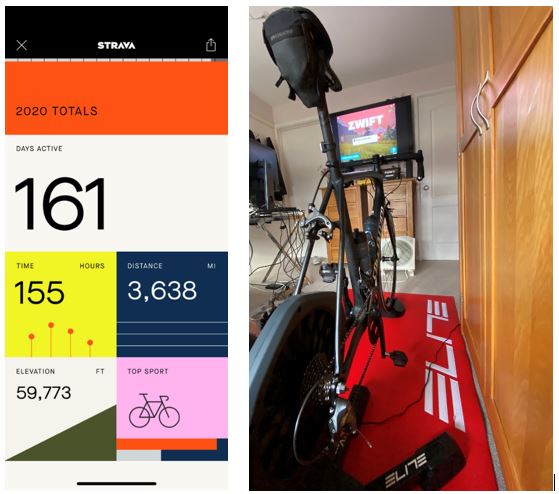 While Antony is in front of the computer in Cardiff, 2000 km away, in Asker, Norway, Solfrid is training with Zwift for an important ride with a noble mission.

Solfrid Harbu, Cobuilder CMO, is one of the cyclists at Team Rynkeby – an international charity cycling team which cycles from Oslo to Paris (approx. 1400 km in a week) each year to raise money for children suffering from critical illnesses.

Even though they have not made it to Paris this year due to the pandemic restrictions, the cyclists have completed many kilometers. In their yellow kits, they have raised 9.7 million NOK for the Norwegian Children’s Cancer Association. The entire international team has managed to raise almost 100 million NOK for various local charities.

How the passion for cycling can be of benefit in the local community?

And that is not all. The cyclists from Team Rynkeby help the local community by volunteering to do different tasks for people in need. Be it to change a tyre, buy food for those in quarantine, assemble a kitchen or clean an old lady’s windows, Solfrid and her teammates, are ready to jump on the bike and get the job done. The idea is simple – they volunteer, you donate. But what brings the team together is their passion for cycling. 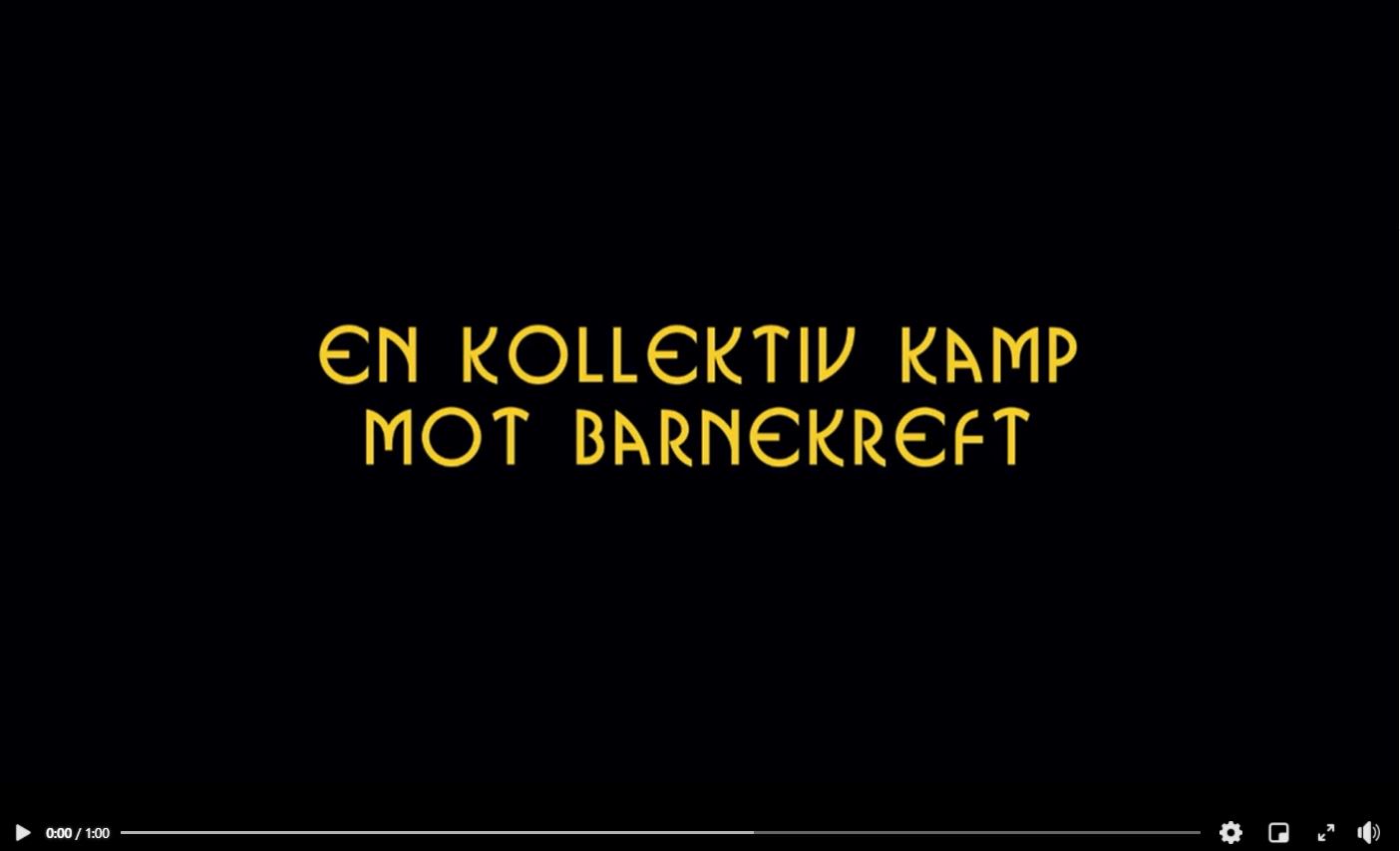 Watch the video of the 2020 Team Rynkeby

And you know what? Solfrid also uses the Zwift app to keep herself active during the rough winters in Norway. She trains to get fit for the upcoming races next year, and she is impatient to join the 2021 cycling marathon from Oslo to Paris.

Speaking of French tours, this year, due to the Tour de France being postponed, Zwift was used to host a virtual Tour. In December, the first-ever Zwift UCI Cycling Esports World Championships was contested by 132 participants from all around the world who covered 50.035 km circuit in the virtual world of “Watopia”.

Cyclists at the Sofia office

Solfrid and Antony are not the only passionate cyclists at Cobuilder. It is no surprise that a mission to create a better, greener built environment fits nicely with our employees’ personal carbon-consciousness and love of physical activity.

“B.C.” or “Before Corona”, a lot of our employees in the Sofia office used to cycle to work. It is a great way to start the day! It boosts concentration, gives you a pleasant workout and last but not least – it reduces the carbon footprint.

Thus, it was decided to invest in bike parking facilities, a changing room, showers, and even shared bikes, to encourage more of our employees to cycle to work.

By cycling to work, everyone gets to engage in physical activities, which they might not have otherwise done.  According to an article by Silicon Valley Bicycle Coalition, exercising before work raises an employee’s productivity by an average of 15%!

Hopefully, in the future (whatever new challenges it might hold for us) incentives, facilities, and schemes to encourage physical activity as part of the work routine will become as common as office coffee machines.

At Cobuilder, we believe that physical activity contributes not only to better health but also to better work performance.

If you are also a keen Zwifter yourself, look up Antony and Solfrid in the app and join them for a ride! 😊

Getting started with DefineFREE WEBINAR