Italy takes a firm stance in BIM implementation, issuing a decree to make it mandatory in 2019 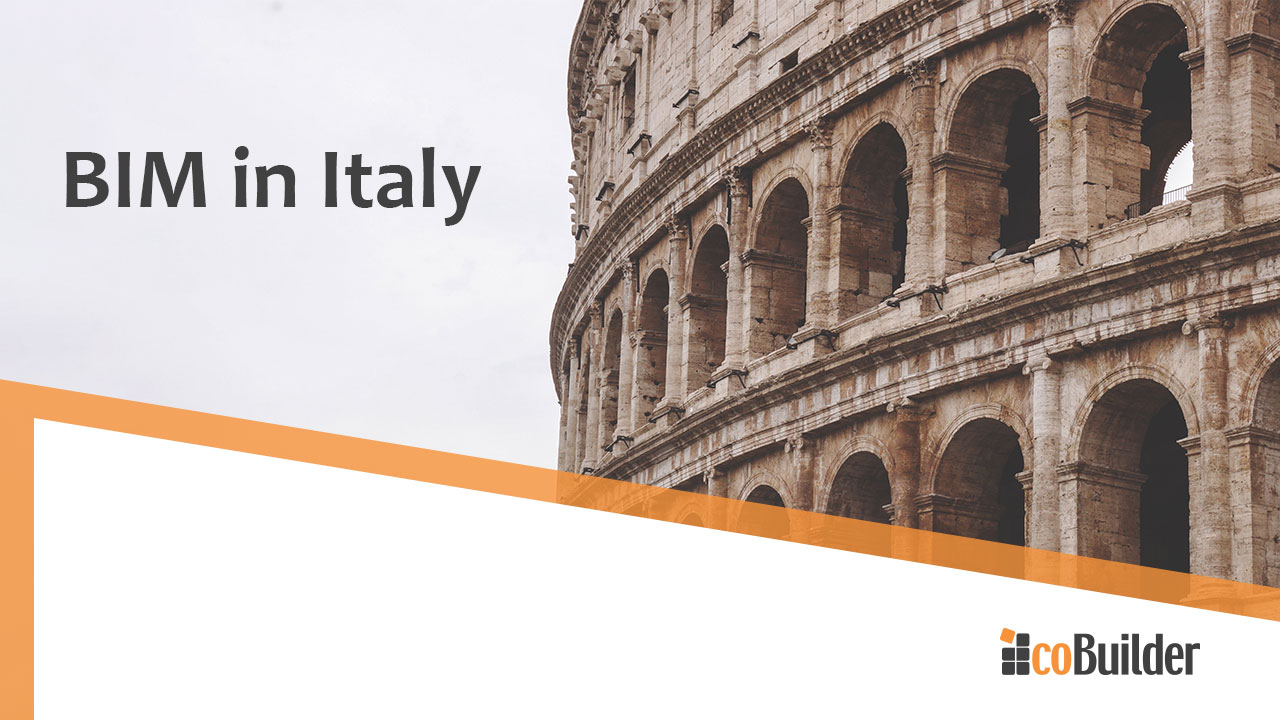 The Italian Ministry of Infrastructure has introduced an initial plan for making BIM mandatory from 2019, but solely for projects above 100 million. This marks the first of a series of a several deadlines, ending with full implementation by 2022, when BIM will become mandatory for all public procurement projects. It is important to note that smaller projects, such as residential buildings without special security requirements, will continue to be executed by using the traditional methods,

The decision of the Ministry of Infrastructure is currently in a state of “subject to revisions” however there are some details, that can be considered interesting.

As written in the “BIM” decree

The New Procurement Code states clearly that a decree of the Ministry of Infrastructure has to establish the stages and the progressive introduction of BIM for both administration and business. The road map has to be set “in relation to the types of projects” and the strategy of “digitization of the public administrations and the construction sector”.

To write the text of the decree, Minister Graziano Delrio has created a commission of experts led by Pietro Baratono, a pioneer in the use of BIM in the Italian administration and director of the public procurement projects in the regions of Lombardy and Emilia Romagna.

This led to naming it – “The Baratono Commission” which is in fact the body responsible for writing the timetable of BIM implementation in Italy. The deadline for finalizing the texts is set to be the end of February.

The level of overall BIM proficiency is considered to be still basic. A part from certain exceptions the authorities, the businesses and the professionals are currently unprepared. This is the reason why forcing BIM compliance is not possible for the moment, instead, it is important to define the general rules of implementation as it is done in the timetable.

BIM: the phases of the introduction of the mandate

Large projects above 100 million will be the BIM pioneers in Italy, starting 2019. That being said, there aren’t too many of them on a yearly basis. According to the data of the Italian Center for Economic and Social research of the Housing Market, there were only 26 projects in the country that met this criterion in 2016.

The mandate will be extended to other projects, following a criterion of complexity of works rather than value. It will apply to public buildings such as police, fire stations, hospitals and other highly exploited buildings that have to comply with special safety standards.

From 2022 the system will be at full speed: the use of BIM will be mandatory for all projects, except for those who don’t require high safety measures, such as residential buildings.

With this in mind

A thought-provoking question is whether the construction industry in Italy can allow itself the luxury to neglect the safety factor in the residential construction? Certainly, these projects are less complex than others, but it is the ignoring the safety factor that caused so many houses to collapse during the earthquake in Central Italy last August.